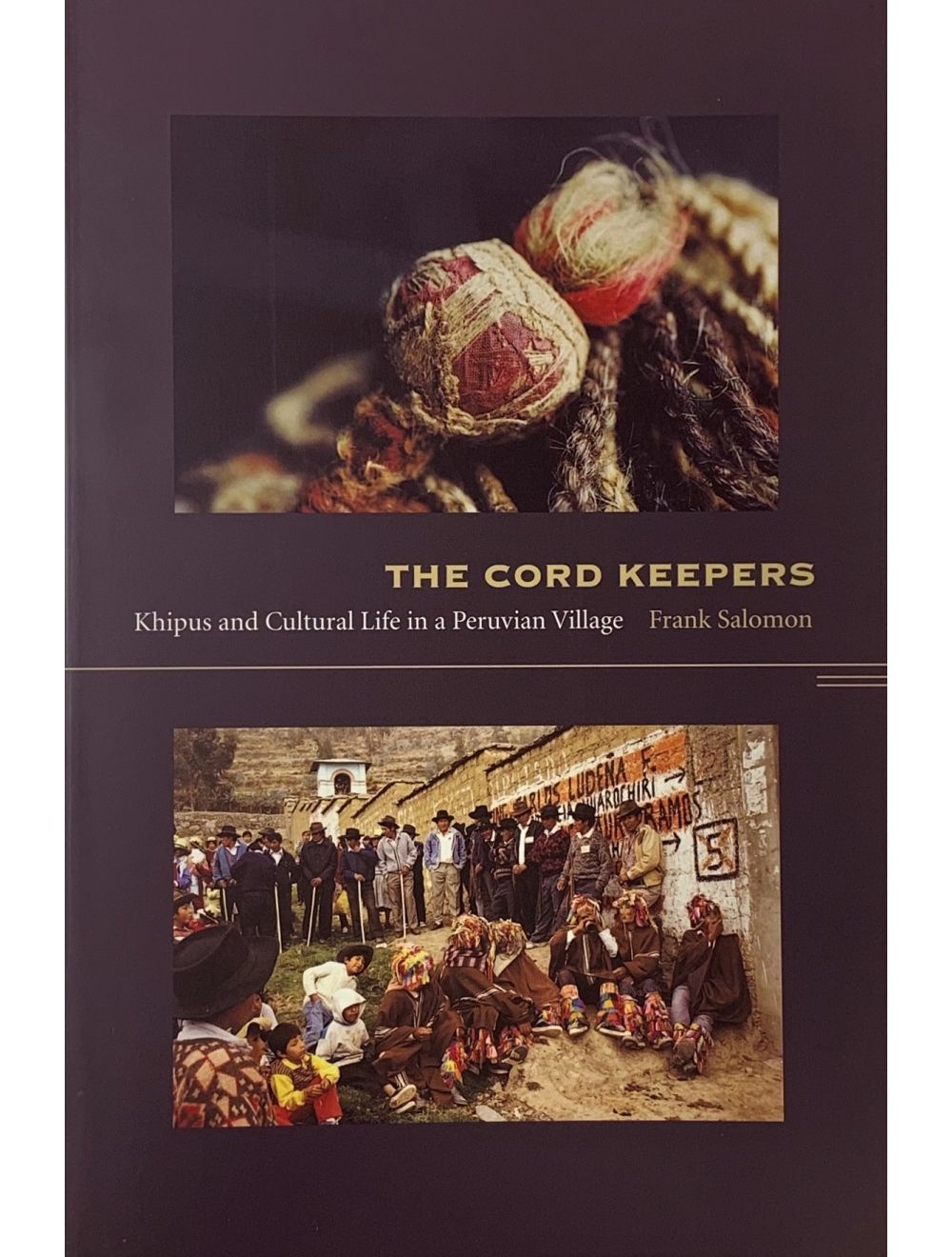 Be the first to review this product
$28.95
Availability: In stock
Only 5 left
SKU
10193
Add to Wish List Add to Compare
Details

Khipus and Cultural Life in a Peruvian Village (October 29, 2004)

None of the world’s “lost writings” have proven more perplexing than the mysterious script in which the Inka Empire kept its records. Ancient Andean peoples encoded knowledge in knotted cords of cotton or wool called khipus. In The Cord Keepers, the distinguished anthropologist Frank Salomon breaks new ground with a close ethnography of one Andean village where villagers, surprisingly, have conserved a set of these enigmatic cords to the present day. The “quipocamayos,” as the villagers call them, form a sacred patrimony. Keying his reading to the internal life of the ancient kin groups that own the khipus, Salomon suggests that the multicolored cords, with their knots and lavishly woven ornaments, did not mimic speech as most systems of writing do, but instead were anchored in nonverbal codes. The Cord Keepers makes a compelling argument for a close intrinsic link between rituals and visual-sign systems. It indicates that, while Andean graphic representation may differ radically from familiar ideas of writing, it may not lie beyond the reach of scholarly interpretation.

In 1994, Salomon witnessed the use of khipus as civic regalia on the heights of Tupicocha, in Peru’s central Huarochirí region. By observing the rich ritual surrounding them, studying the village’s written records from past centuries, and analyzing the khipus themselves, Salomon opens a fresh chapter in the quest for khipu decipherment. He draws on a decade’s field research, early colonial records, and radiocarbon and fiber analysis. Challenging the prevailing idea that the use of khipus ended under early Spanish colonial rule, Salomon reveals that these beautiful objects served, apparently as late as the early twentieth century, to document households’ contribution to their kin groups and these kin groups’ contribution to their village. The Cord Keepers is a major contribution to Andean history and, more broadly, to understandings of writing and literacy.

In August 2019, Dumbarton Oaks was the first to bring together examples of Wari, Inka, and Colonial khipu in our exhibit Written in Knots.