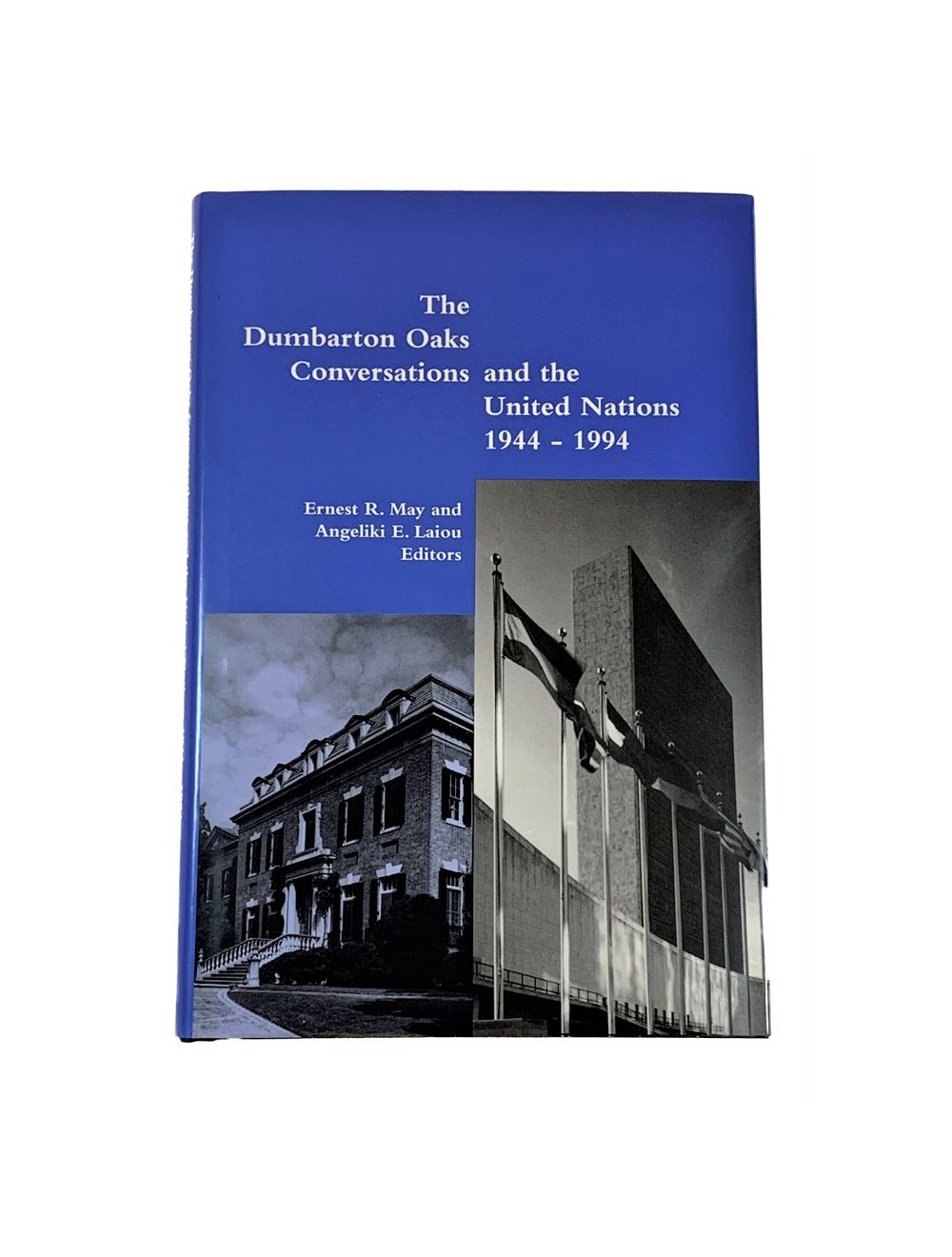 Be the first to review this product
$20.00
Availability: In stock
Only 1 left
SKU
10615
Add to Wish List Add to Compare
Details

Edited by Ermest R. May  and Angeliki E. Laiou

In 1944, as the end of World War II approached, an important series of talks was held to plan the formation of postwar international institutions. The site for the conversations was Dumbarton Oaks in Washington, D.C., a research institute administered by Harvard University. In a spirit of optimism, Secretary of State Cordell Hull said that the purpose was “to create the institutional foundations for a just and enduring peace,” while Soviet ambassador Andrei Gromyko spoke of an international organization that would “guarantee for the people’s peace, security, and prosperity in the future.” The meetings, which included debates on a variety of issues, were a first step toward the creation of the United Nations.

In 1994, the “Dumbarton Oaks Conference, 1944–1994” brought together scholars and policymakers who have been involved with the study of international organizations or have played important roles in them. The conference papers in this volume examine both the formation of the United Nations and a number of current issues, including human rights, collective economic sanctions, peacekeeping operations, and the evolution of the role of the Secretary-General.